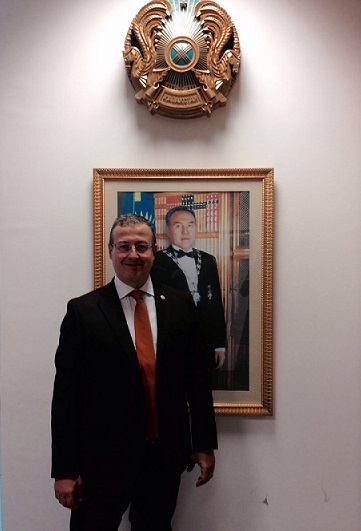 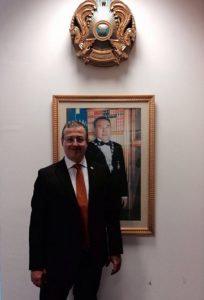 On 16th December 2016 the Republic of Kazakhstan celebrated the 25th  anniversary of its Independence from Soviet Union. To honor this important event in Venice and wish a prosperous future for the Country on Saturday 25th February, at 14.30, the Honorary Consulate of Kazakhstan in Venice will participate to the “Corteo delle Nazioni”-“Nations Parade”, organized by the International Association for the Venice Carnival, with an institutional delegation of Ambassadors and Consuls representing Kazakhstan in Europe and in Italy. The procession of Authorities will march with the traditional clothes of the Kazakh nomads on St. Mark’s Square, on the official stage of the Venice Carnival and then on gondolas from Ca’ Giustinian (scheduled departure at 15:30) along the Grand Canalto reach then Ca’ Sagredo for the gala concert and dinner.

The event wants to celebrate 25 years of the Independence of Kazakhstan from the Soviet Union. Among the Republics born of the disintegration of the former Soviet Union, the “land of the great steppe” is the only one to be able to bring together 20 different religions and 130 different ethnic groups in peace and prosperity, with an average growth of 6% per year of the GDP. Hence the desire to transfer the message of peace and prosperity through the procession and the parade in Venice during Carnival, the city and the bridge between these two cultures and markets, connected by the Silk Road traveled by Marco Polo. 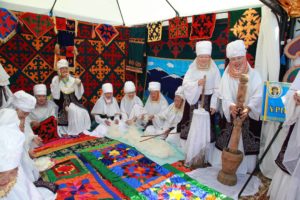 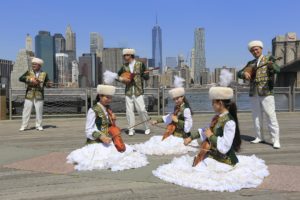 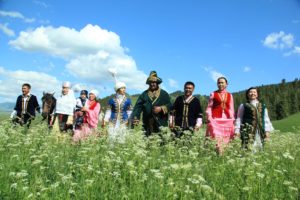